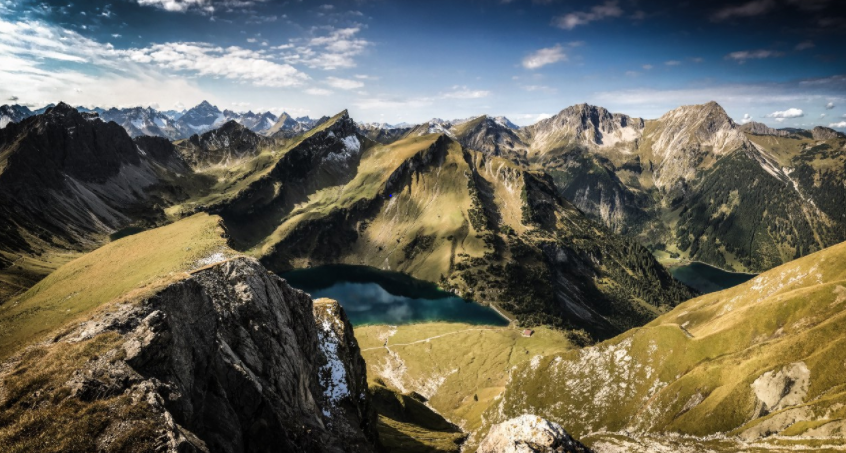 On Day 17 of the Tour de France (Le Tour), so close to the end of the race, a rider waits at the foot of the Col de la Madeleine to help his leader up the dramatic assent.

Newbies to the event may not realise just how much of a team sport Le Tour is. Because one rider crosses the finish line first, one person gets up on the podium at the end of each day for each category, one face, one first place.

We also live in a world that loves the name or face of a single hero to clutch onto; it’s sometimes hard to remember the rest. Though every entrant shares the same superhuman effort to qualify, train and attend the race.

This is not unique to professional cycling. In the world of business, we anchor our faith onto a name or two, forgetting that the true momentum for bringing an idea to life resides in a team effort.

We remember the scientist who wins the Nobel; the name of the director of a play or film; and in life, we hold up the individuals who seem to have achieved success and forget to look at the effort behind them.

But in the words of Team B&B Hotels — Vital Concept —

the great stories of the tour are also written at the back.

2020, a strange year for many, not least of all the Tour de France, where the battle was not only for the riders on the gruelling 21-day event. It was also for the organisers faced with the pandemic-led dichotomy of health versus business as usual.

For the pro cycling industry, the beginning of the year carried on amidst uncertainty. However, on the 15th of April, the governing body, Union Cycliste Internationale (UCI), announced a suspension of world biking events until at least the 1st of August, cancelling and postponing many races.

The challenges to the organisers were enormous, as high as the Col de la Madeleine where Debusschere waits.

Who could forget the devastating images of Italy ravaged by the virus earlier the same year?

But Le Tour is a team sport, and with the ferocity of a fast-moving peloton, they put together a contingency plan to get the show moving. Testing, face masks, restricted gatherings and strict expulsion for any team who tested positive.

At the end of August, the crews arrived for the start of the race.

At the foot of the mountain, Debusschere waits. He is pilot fish to his team leader Bryan Coquard, who has been suffering this week with a knee injury and is struggling to make up time on this day.

In a pro cycling team, the role of the pilot fish is to support their sprinter to the final line, where the lead can use their energy to put in an explosive final stretch and give the team a greater chance of winning the race.

Transferring from Katusha to B&B Hotels in 2020, Debusschere speaks with excitement and a contented sparkle in his eye about the move.

I was immediately happy with the confidence they showed in me…that’s where my search for another team ended immediately.

And he’s not the only one; Jérôme Pineau, former professional sprinter and team founder, is confident in his new recruit’s ability to drive the team forward.

Jens is a rider whose commitment to us makes me proud in several ways.

And that was before Debusschere’s epic feat at the race.

The second division team, formed only two years previously with tailwind values of passion, creativity, and ambition, was delighted to receive their first invitation to race at the Tour in February 2020.

Immediately, however, challenges emerge. The UCI announce putting the season on hold. The big races in the lead up to Le Tour are the most important; no other training simulates the conditions of the big race like the international competitions.

The restrictions represent a disadvantage to a team who have never ridden a Tour de France race together before, but champions ride on, always.

As Debusschere waits, the threat of the time cut rule looms large; the clock is ticking. The law states that riders must not finish outside a percentage of time after the first cyclist crosses the finish line.

A brutal and unforgiving rule that sees competitors kicked out of the race up to the end.

The rule’s objective is to make sure the elite teams of the tour de France stay pushing their limits and not taking it easy where possible to give a big push at the end. It means that the shorter days on the three-week event are not necessarily easier for the riders.

When Coquard joins him, they both know they are struggling against the clock and are at risk of being cut from the competition. The stakes are enormous at this late stage of the race they have trained so hard to attend.

They begin the climb up the treacherous mountain ascent. Despite his own ambitions for finishing the race, Debusschere is clear on his priority; to get Coquard back on time to survive the race.

For his leader and fellow cyclist, for B&B hotels and the greater good of a sport based on teamwork, Debusschere uses the last of his energy to ride Coquard as far as he can.

I tried to stay with him on the last pass, but I couldn’t. I knew that I could not get back on time with the very high percentages. I saw the arrival of Lopez on a giant screen when I had nine kilometres left. In the end, we had the choice to save Bryan or me; the choice was quickly made.

Bryan Coquard crosses the finish line 35 minutes after the winner of the stage, Miguel Angel Lopez and precious moments before the time cut. He will survive day 17 of the race.

Debusschere crossing only moments after Coquard is out of the race, a devastating fate for a rider at any stage of the event.

Riders that fail to meet the cut off at the Tour de France are a stark reminder that although the peloton pedals at superhuman speeds, they’re not infallible. And that makes those designated “OTL” [Outside Time Limit] just as heroic as those that go on to stand on the podium in Paris. — Velo News.

Exhausted and emotional, Coquard is the last to finish the line and stay in the race. He passes the finish line and collapses in tears, more than aware of the role his teammate has played in his Tour de France survival.

Bryan Coquard suffered, but his adventure on the Grande Boucle continues thanks to a guardian angel: Jens Debusschere.

“The beautiful stories of the Tour are also written at the back,”

In our hyper-competitive, ‘winner takes all’ world of business and capitalism, how can we learn from this feat of Tour de France collaboration to drive gains for more of us rather than scrapping for a single prize solution?

Focusing on the moments of togetherness rather than competition can propel each other forward. Can we remember the magic of team loyalty and collaboration?

Remember that our great stories, too, are sometimes written at the back of the race. We come out stronger for falling down and getting back up again.

Team B&B report the event with disappointment but grace and renewed hope for the next race.

Obviously, a hard blow for our young team, arriving in full at the start of the 17th stage in Grenoble. But the collective comes outgrown, united. Because the season does not end here at La Loze and the story of Men in Glaz either. On the contrary, it is forged there.

– The great stories of our lives are written on the journey, not always at the finish line.

– The champions among us will occasionally fall but know that the game is greater than a single race.

– In collaboration, we grow and forge connections for the future.

Thanks for reading. If you’re interested in sports check out this blog about the Motocross Champion Ricky Carmichael.

Sign up with your email address to receive news and updates.

This website uses cookies to improve your experience. We'll assume you're ok with this, but you can opt-out if you wish. Accept Read More
Manage consent

This website uses cookies to improve your experience while you navigate through the website. Out of these, the cookies that are categorized as necessary are stored on your browser as they are essential for the working of basic functionalities of the website. We also use third-party cookies that help us analyze and understand how you use this website. These cookies will be stored in your browser only with your consent. You also have the option to opt-out of these cookies. But opting out of some of these cookies may affect your browsing experience.
Necessary Always Enabled
Necessary cookies are absolutely essential for the website to function properly. These cookies ensure basic functionalities and security features of the website, anonymously.
Functional
Functional cookies help to perform certain functionalities like sharing the content of the website on social media platforms, collect feedbacks, and other third-party features.
Performance
Performance cookies are used to understand and analyze the key performance indexes of the website which helps in delivering a better user experience for the visitors.
Analytics
Analytical cookies are used to understand how visitors interact with the website. These cookies help provide information on metrics the number of visitors, bounce rate, traffic source, etc.
Advertisement
Advertisement cookies are used to provide visitors with relevant ads and marketing campaigns. These cookies track visitors across websites and collect information to provide customized ads.
Others
Other uncategorized cookies are those that are being analyzed and have not been classified into a category as yet.
SAVE & ACCEPT